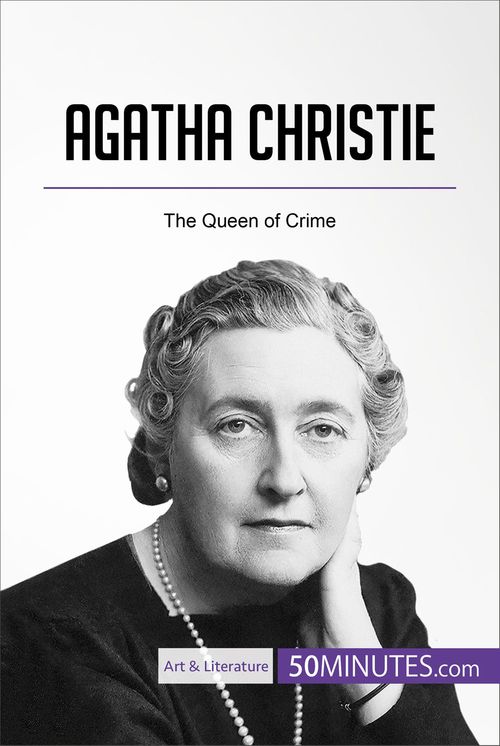 Keen to learn but short on time? Find out everything you need to know about the life and work of Agatha Christie in just 50 minutes with this straightforward and engaging guide!
Few writers have ever shaped a genre to the extent that Agatha Christie influenced crime fiction. The prolific British author, who penned a total of 67 novels over a span of more than 50 years, has had an enduring influence on every successive generation of crime novelists, having established many of the conventions that we associate with the genre today. Her plotting was so innovative that it often shocked or even scandalised readers in the early 20th century, and modern-day readers remain captivated by the challenge of unravelling one of her mysteries before the culprit is unmasked at the end of the book. She also created two of the most iconic detective characters of all time, namely Hercule Poirot and Miss Jane Marple.
In this book, you will learn about:
o Christie's most famous works, including And Then There Were None and Murder on the Orient Express
o The social context and earlier writers who influenced her work and ideas
o Her personal life, including her mysterious disappearance in 1926
ABOUT 50MINUTES.COM | Art & Literature
The Art & Literature series from the 50Minutes collection aims to introduce readers to the figures and movements that have shaped our culture over the centuries. Our guides are written by experts in their field and each feature a full biography, an introduction to the relevant social, political and historical context, and a thorough discussion and analysis of the key works of each artist, writer or movement, making them the ideal starting point for busy readers looking for a quick way to broaden their cultural horizons.