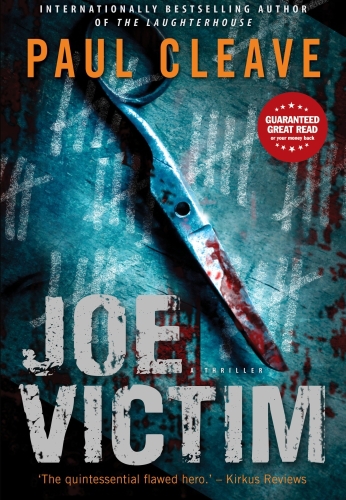 The internationally best-selling author of Collecting Cooper and The Laughterhouse brings back one of his most infamous characters, the Christchurch Carver, in this gripping thriller. Joe Middleton, a.k.a the Christchurch Carver, is in jail awaiting trial for a slew of murders he says he didn't commit. His only way out is to convince the psychiatrists assessing him that he wasn't sound of mind and can't be blamed for what he did. Incredibly, that's the least of his worries. That's because there's no shortage of people who like the idea of seeing Joe dead, some of whom are in prison with him. To get himself out of this mess, Joe has a desperate plan involving the disgraced ex-detective who put him away and a TV psychic who's looking to get rich. It's a long shot, but it had better work - because there's talk of bringing back the death penalty, and the Christchurch Carver is just the poster boy to make it happen.